Sadly, I don't think I will continue to write for MauveDiary, but please follow me on  Tumblr.
You can also visit my new site Gallery Gurls  dedicated solely to art and culture.

Posted by Mauve Diary at 6:09 PM No comments:

Last weekend I trekked it out to the Hamptons again for the inaugural edition of Art Southampton, presented by the same  organizers behind Art Miami. It was such a pleasure to see spectacular works spread out in an expansive space with room to breathe. The works shown were a stellar array of both US and international galleries. There was one corner with stunning sculptures by the late John Chamberlain in metallic slick shades of red and blue. The works along with the premiere of the new documentary 'Heaartbeat', directed by his stepdaughter Alexandra Fairweather, are to benefit the Ross School Chamberlain-Fairweather Scholarship Fund For The Arts. 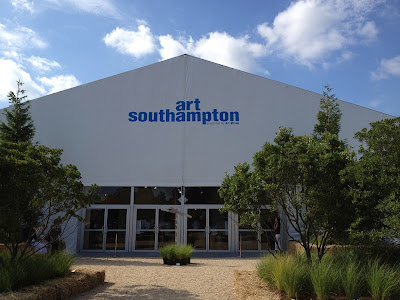 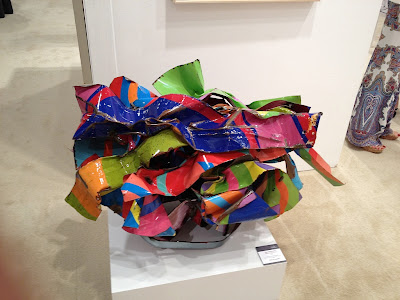 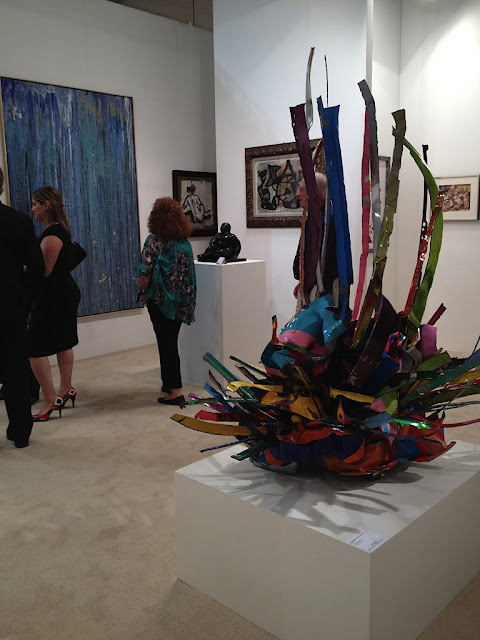 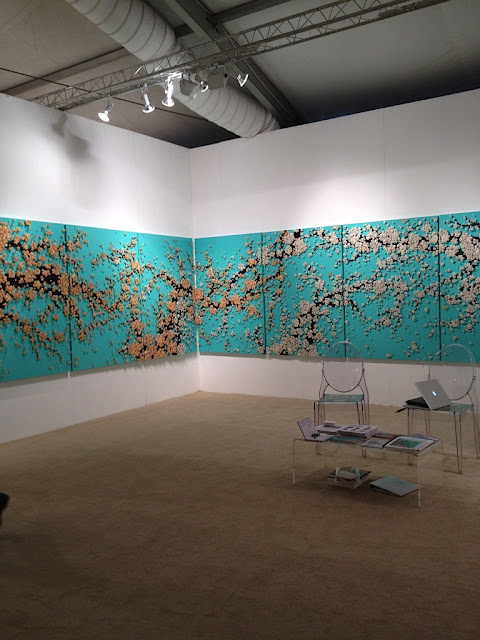 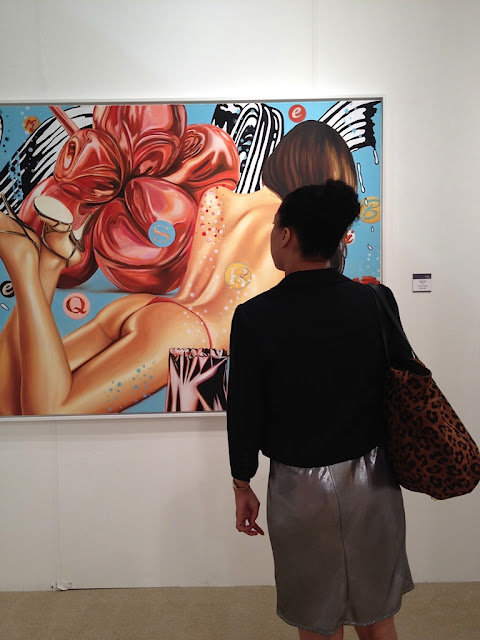 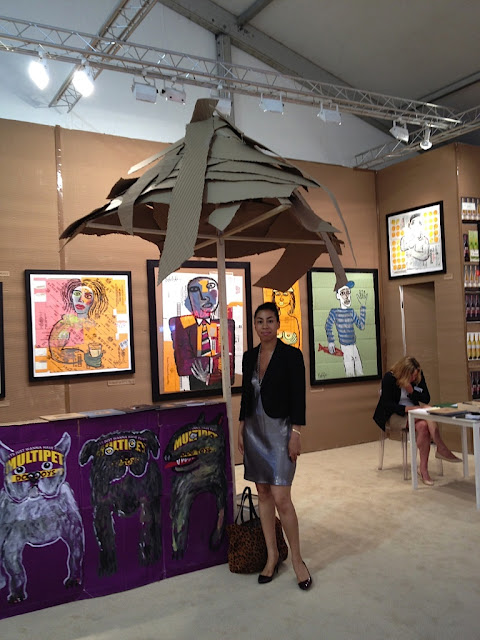 Last week I attended the annual White Party at the New Museum. On display is the current show 'Ghosts in the Machine' which included stimulating light installations and the  iconic vacuum pieces by Jeff Koons. Fellow members and guests rubbed elbows wearing summery white frocks while sipping on tranparent Bulldog vodka cocktails. For the review on the show click here 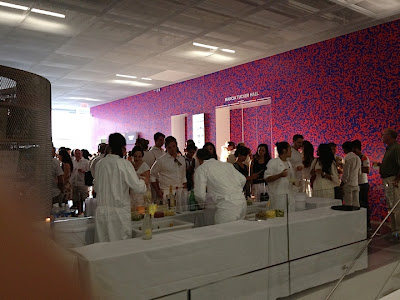 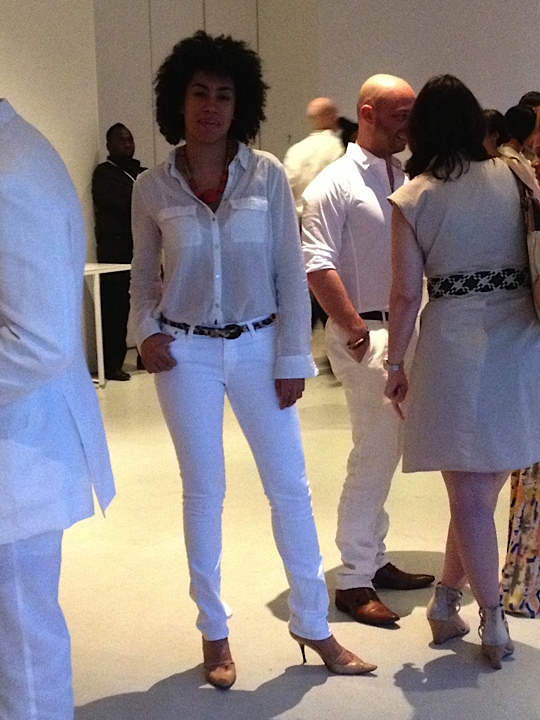 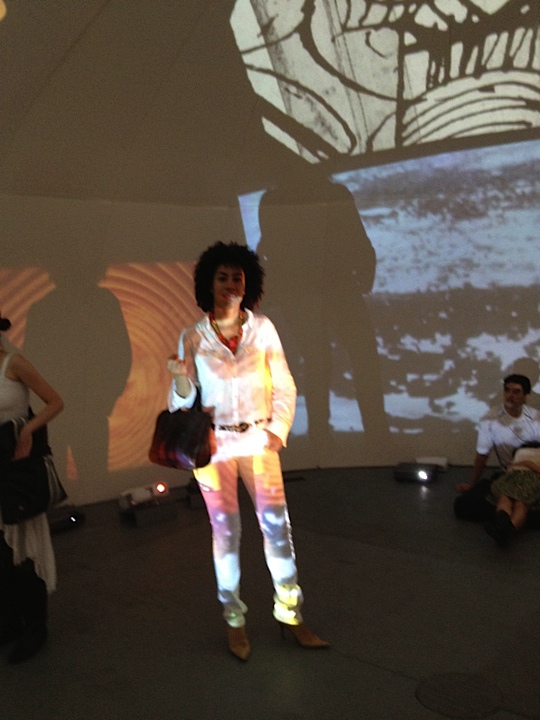 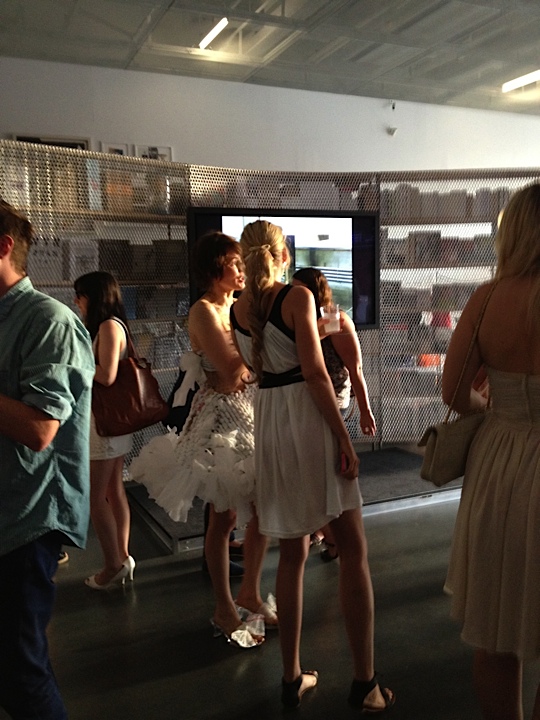 I visited Art Hamptons last weekend, which is the premier art fair for the Hamptons. Now in it's fifth year it was in full swing with a diverse selection of international galleries. Simultaneously,  Jackson Pollock's  centennial  was being celebrated, where one could bid on a Jackson Pollock portrait by Peter Max. One standout gallery was the Mark Borghi gallery, who had two booths at the fair.  One booth had charming  images of a young Obama during his freshman year at Occidental College by photographer Lisa Jack. At their other booth they showcased work by veteran abstract painter Ed Moses. After the fair I stopped by Moses' opening being held at Borghi's Bridgehampton gallery. 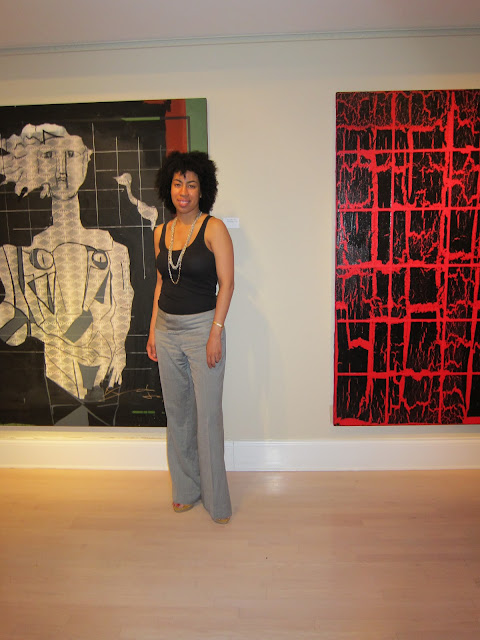 Posted by Mauve Diary at 5:37 PM No comments:

Yayoi Kusama at The Whitney

I attended the Yayoi Kusama opening at The Whitney, showcasing the Japanese pop artist's prolific work. The show spans several decades of her paintings and sculptures that exude both explosive color and vibrancy. I personally loved her later paintings, located where you first enter into the show, which are uplifting and utterly hypnotizing.  Kusama left her native Japan, first setting in Seattle and later making her mark in New York City in the1960s. A contemporary to Warhol and semi rival as well, Kusama challenged the mostly male dominated art scene with her defiant and sexually charged artworks.  She fell from prominence in the 1970s and returned to Japan, where she has since lived and worked out of a mental hospital. Kusama is now enjoying  a newfound resurgence, just having had a major retrospective at the Tate Modern and a new fashion collaboration with Louis Vuitton. The show runs till Sept 30, for more info click here 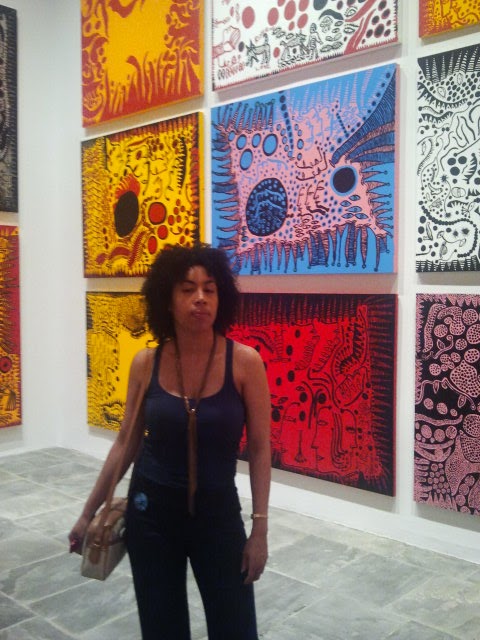 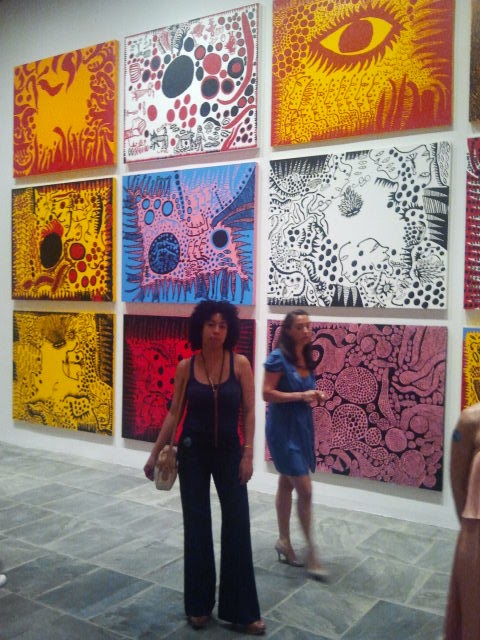 Posted by Mauve Diary at 5:10 PM No comments:

Frieze NYC this past weekend

I'm a bit late in this posting, but I had an insane arts filled weekend. From Frieze, to NADA, to huge openings like Kehinde Wiley and Richard Avedon at Gagosian, I was in over my head. It was like Armory Arts week all over again but just all taking place in early May now.  Click on this link to catch up to speed.

Posted by Mauve Diary at 1:47 PM No comments:

Keith Haring, one of my personal art heroes, currently has a show at The Brooklyn Museum. Titled 'Keith Haring 1978-1982' this show encompasses his early years- from his college days at SVA, to performance art collaborations with fellow artists at 80s hotspots like the The Mudd Club and Club 57, to the emerging grafitti aesthetic that was  popping up all over NYC streets and subways. Definitely a nostalgic route for those who lived in that heyday and an eye opener for new a generation of a New York  that no longer exists. Click here for more info 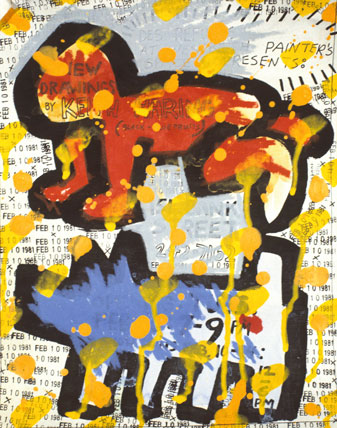 Mauve Diary
Born and bred in New York City and fueled by a love for fashion and art I graduated from Parsons in 2002. I've held stints at magazines such as Vanity Fair, The New York Times Magazine, New York Magazine and Niche Media. Since 2005 I've been producing fashion shows for top designers during NY Fashion Week. I am currently enrolled at NYU furthering my art studies.